Showing posts with the label #Cyprus
Show All 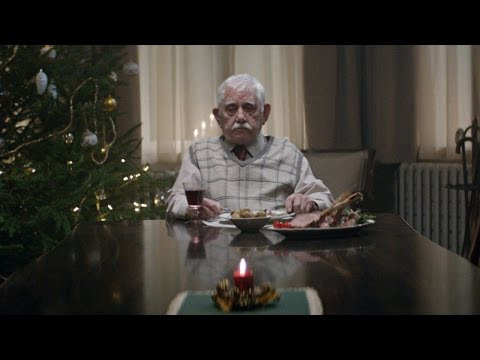 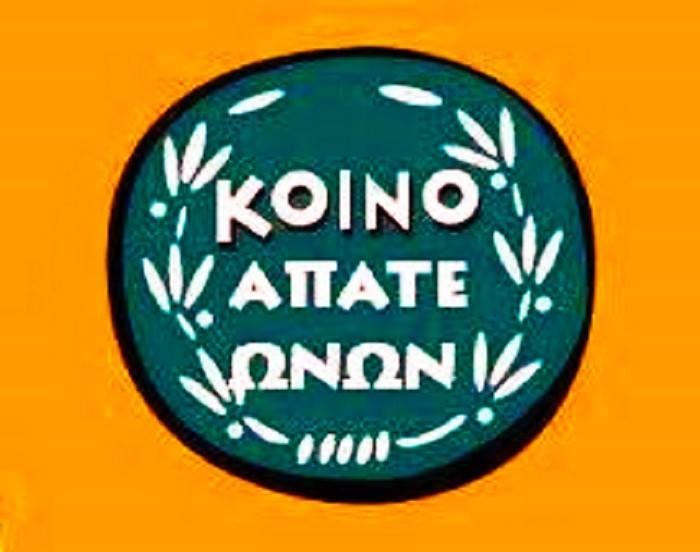 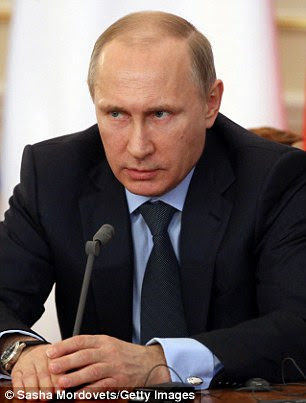 Growing reach: Russia has gained a foothold in Europe after President Vladimir Putin, pictured, signed a deal with Cyprus to dock warships there

Putin's Cyprus deal gives Russia a foothold in the EU: British MPs blast island's decision to let Moscow's navy use its ports
Growing reach: Russia has gained a foothold in Europe after President Vladimir Putin, pictured, signed a deal with Cyprus to dock warships there.
Russia has gained a military foothold in Europe after Vladimir Putin signed a controversial deal with Cyprus to dock warships there.

British MPs said Nicosia’s decision to let the Russian navy, including heavily armed frigates, use its ports for counter-terrorism and anti-piracy was ‘worrying and disappointing’. 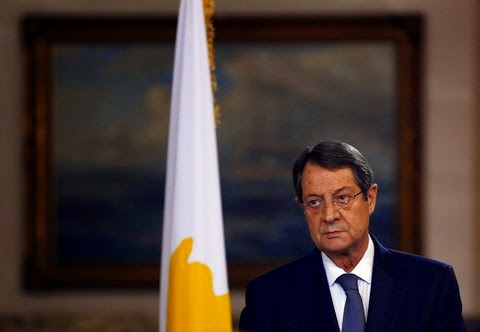 How can a midsize bank torpedo an entire economy?

It was the first question asked by the new president of Cyprus, Nicos Anastasiades, on March 1, 2013,  when he assumed power and was immediately confronted with the implosion of Cyprus Popular Bank and the rescue package that followed just two weeks later.

To that end, Mr. Anastasiades has since commissioned a 40-page study that examines in detail how the collapse of the second-largest bank in the country could have such a devastating effect on the Cyprus economy.

The report draws on many thousands of pages of official documents and blames the previous government and the two governors of the central bank — Athanasios Orphanides and Panicos Demetriades — for masking the bank’s problems  to secure 10 billion euros of emergency loans from the European Central Bank.

Europe’s Central Bank Defies Its Own Rules in Cyprus Bailout 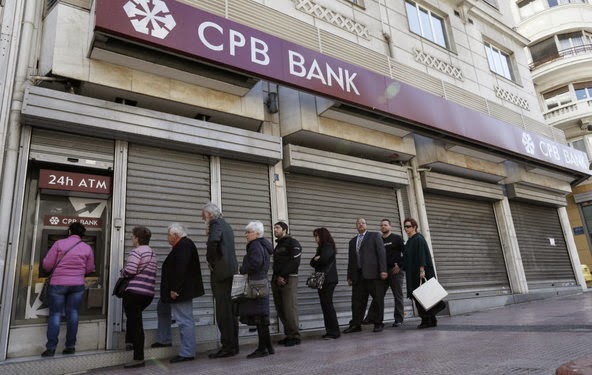 In July 2012, a top official at the European Central Bank emailed the head of the central bank of Cyprus with some advice on how to keep the country’s second-largest financial institution from failing.

Benoît Coeuré, a member of the E.C.B.’s six-member executive board, advised against the institution, Cyprus Popular Bank, using government bonds to secure more loans. Instead, he proposed an “alternative measure” that his Cypriot counterpart might “wish to consider.”

“The Central Bank of Cyprus has in principle the possibility to apply less stringent valuations and haircuts compared to the approach followed by the Eurosystem in credit operations,” he wrote in the email, a copy of which was reviewed by The New York Times. 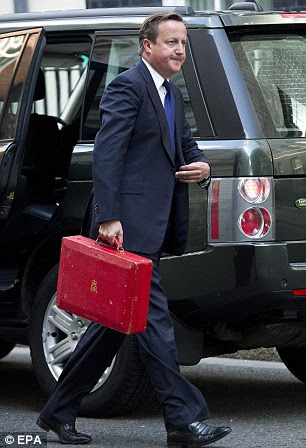 David Cameron flew on Thursday night to the RAF base in Akrotiri, Cyprus, from which British pilots are launching air strikes against Islamic State (Isis) targets in Iraq, announcing he was to send a further two Tornado GR4 planes to supplement the six currently operating.

The prime minister also disclosed that, as the Guardian revealed on Thursday, the RAF 11 squadron based in Cyprus is to operate for longer than April next year, the date they were due to be replaced. The decision represents a minor triumph for the air force, which has been arguing about the importance of air power in conflicts in the Middle East. 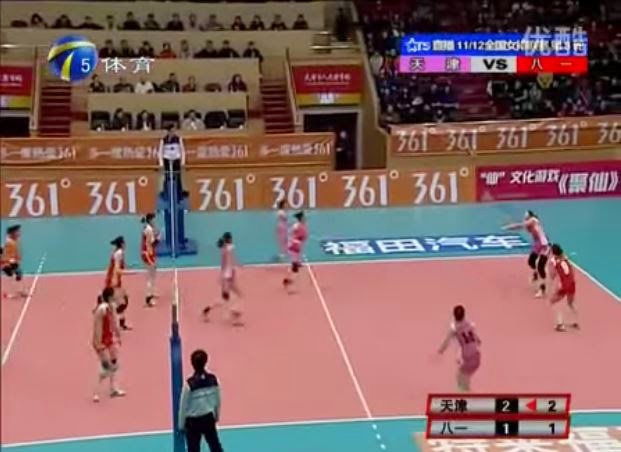 On July 20, two important incidents were reported by the Turkish Radio and Television ‎Corporation, the country's national public broadcaster.‎
"Cyprus has been Hellenic for 3,500 years and Christian for 2,000 ‎years. Never did the Turkish Cypriot minority, during its brief presence on Cyprus, ‎hold on to any contiguous part of the island." The first report covered how Turkish officials, including Prime Minister Recep Tayyip Erdogan, were bashing Israel, the ‎‎"oppressor," for initiating a military operation in Gaza. Of course, there was no mention of this being a response to hundreds of rockets fired into Israel by Hamas.‎ It also did not come as a shock that the broadcast did not utter a single word about Hamas aiming at civilian areas in Israel, rejecting a cease-fire offer that had been accepted by Israel, and using its own people, including children, as ‎human shields. ‎

The truth about conspiracy theories is that some require considering World View: For instance, did Isis kill the Israeli teenagers to trigger a war? 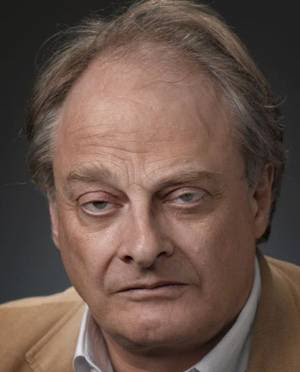 The Greeks tell a story against themselves about their tendency to believe in conspiracy theories. They relate how God decided that he would give every nation as a gift a special national characteristic. On the appointed day, representatives of the nations of the world entered the divine presence and were handed their gifts. The Americans received optimism, the French elegance, the British stoicism, the Russians courage, the Iranians cunning, and so on.

The Greek delegation was delayed and arrived late just as the other nations were leaving. God apologised and explained to them that he was sorry but he had already given away the most desirable characteristics and there were none left. The Greeks were enraged and protested furiously, shouting "so you too, God, have joined the plot against us as we always expected you would. Go on, tell us who is paying you and why do you conspire against us?" Angered in turn, God said: "Very well, you Greeks will have a gift in keeping …
Post a comment
Περισσότερα » MORE » 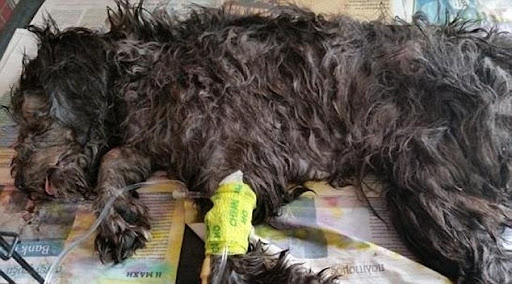 Holidaymakers found 'Billy' the poodle with horrific injuries in the bin - including a broken back and brain damage.

Britons are at the centre of an international animal rights protest after a dog was thrown into a hotel machine used for crushing rubbish and later died.

Staff at the hotel in Cyprus had apparently tried to dispose of the stray poodle in a large recycling bin fitted with an electrically-operated crushing mechanism.

The seven-month-old puppy was found by holidaymakers lying at the bottom of the bin still alive, but having suffered horrific injuries.
Appalled tourists called a local vet to the scene but the dog, dubbed Billy, died within days.
Anger: British expats and touri…
1 comment
Περισσότερα » MORE »

CYPRUS: Nicosia The only divided capital city in the world - Famagusta From coast town to ghost town 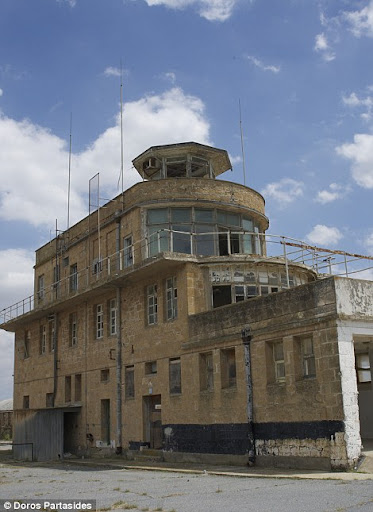 In the early 1970s, it was a top tourist destination, with golden sands, high-rise hotels and shopping precincts, frequented by the likes of Brigitte Bardot, Richard Burton and Elizabeth Taylor.

Today, the streets on the shoreline of Famagusta's beach resort lie eerily silent, and have been for decades.
Nearby, surrounded by barbed wire, a plane sits forlorn on the tarmac - its tyres deflated and colours faded.

A control tower which once watched over the busy skies around Nicosia International Airport also stands derelict.

Restoration work on the Apostolos Andreas monastery in Karpasia should begin immediately, Archibishop Chrysostomos said on Wednesday, now that a deal had been reached for the project to go ahead.

He said the Church fully supported the use of both Greek Cypriot and Turkish Cypriot contractors for the job.

At a news conference, Chrysostomos said the Church wanted the restoration work to begin immediately, “which is why the Church took the initiative to start cleaning the monastery and the surrounding area”.

The cleaning is expected to go on for the next 15 days but since August is usually a holiday month, actual work on the project might not start until September. The first phase is due to be completed after 22 months.

Chrysostomos expressed his belief that the restoration would finish earlier than expected. 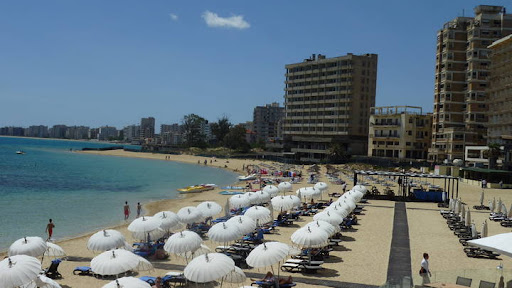 Cyprus Airways has confirmed it will sell its last remaining daily slot pair at London’s Heathrow Airport to US carrier American Airlines for $31 million. The confirmation of the deal, which follows earlier discussions with Qatar Airways, concludes one of the key measures that were included in the Restructuring Plan submitted to the European Commission as part of its Restructuring Aid application.

The sale of the slot pair for the carrier’s daily Larnaca service - flights CY346 and CY347 - will result in Cyprus Airways switching its London operations to Stansted Airport from September 14, 2014. According to a company statement the deal will not only “enhance the company’s liquidity for 2015”, but will permit it to “change its frequency and improve flight times” which it was unable to do at the slot constrained Heathrow Airport. 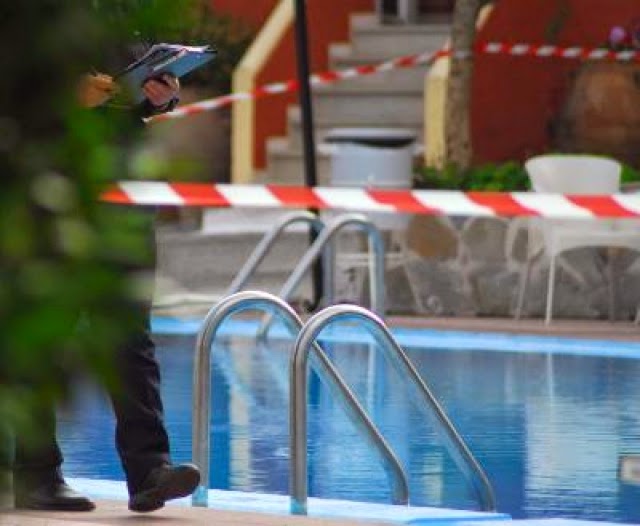 The incident occurred at a hotel on the south-east coast of the island.

A five-year-old British girl has drowned in a swimming pool in Cyprus.

Police said the girl died on Monday afternoon at the Evalena hotel in Protaras, on the south-east coast of the island.

Famagusta police spokesman Adam Kirk said: "At about 4.15pm on Monday afternoon a five-year-old girl from England was found drowned in the pool of a hotel in Protaras.

"A tourist saw the child in the bottom of the pool. He dived in and took her out but it was already too late.

"It seems that the parents had not seen the child. She was in the bottom of the pool for around five minutes."

End of the ‘road to Ithaca’ for Laiki Cyprus, migration to BOCY complete 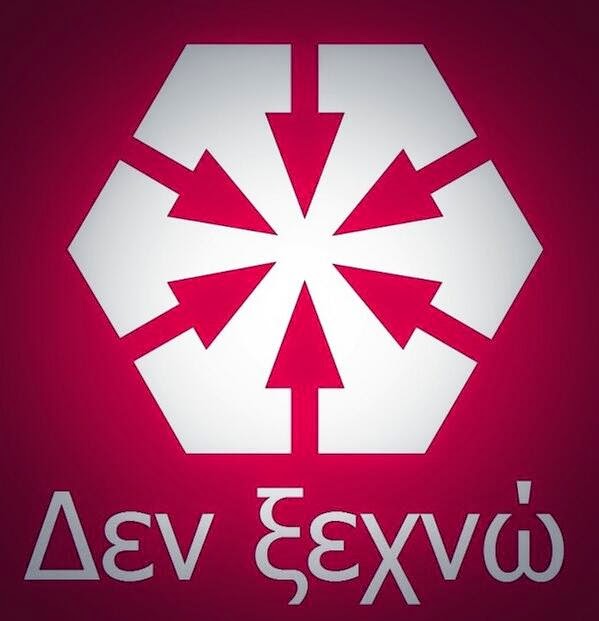 The long road to Ithaca, to paraphrase the epic poem by Kavafis, has ended for the former Laiki Popular Bank with the 9-month journey of its integration into Bank of Cyprus completed this week.

The once dynamic powerhouse, that is now revealed as sprawling with corruption and fraud ever since Evaghoras Lanitis let go of his strong grip over the banking giant, diminished into a black hole because of nepotism in lending and faulty investments in toxic Greek government bonds that sent losses into the billions.

Despite attempts to revive the failing bank, it was eventually shut down as part of last year’s €10 bln bailout for Cyprus with the Bank of Cyprus straddled with Laiki’s €11.1 bln in emergency liquidity assistance (ELA).

The bank effectively ceased to operate on its own as of June last year and in September the ‘Ithaca’ migration plan was introduced to transfer all infrastructure and systems to Bank of Cyprus. 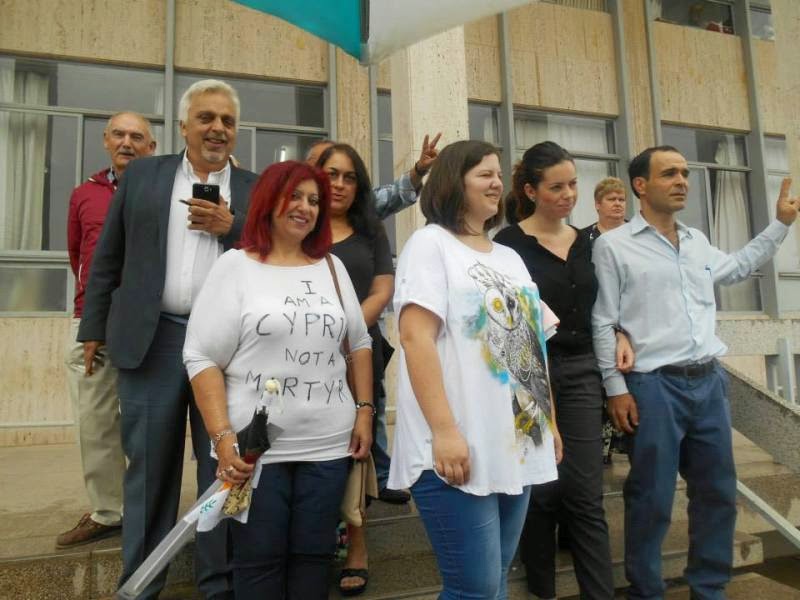 The trial of a Turkish Cypriot couple, charged for hanging the Cyprus Republic’s flag outside their home and shop in June last year in Famagusta will once again be in court on Wednesday.
Koray Basdogrultmaci and Cinel Senem Husseyin were arrested on June 21 2013 outside their shop for flying three Cypriot flags and were kept in jail for six and a half hours.
As there was no law on flying the Cyprus flag, the charges were for disturbing the peace and non-recognition of the ‘TRNC’.

Five mainland Turks complained to the police about the flags hence the arrests and confiscation of the flags.
The couple had tried to explain to the Turkish Cypriot police that Basdogrultmaci, who was arrested four years ago for the same reason, had been acquitted in court.

Join Kapouti Hellenic Appreciation Society or simply LiKE us on FBi 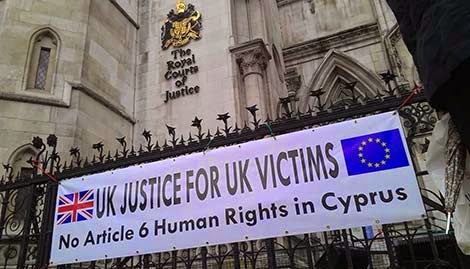 UK victims of alleged mortgage and property mis-selling in Cyprus are anxiously awaiting an imminent decision of the High Court as to whether their cases can be determined in the English Courts.

The cases are being brought by hundreds of UK mis-selling victims against Alpha Bank Cyprus and numerous Cypriot property developers, agents and lawyers.

The issue is whether the English Courts have jurisdiction to determine such claims. The challenge is brought by Alpha Bank, one of the banks accused of mis-selling mortgages.

Alpha Bank and other Cypriot banks have a substantial interest in the cases being heard in Cyprus for various legal and tactical reasons.  Alpha Bank’s application is to be heard in the High Court in London, starting today. 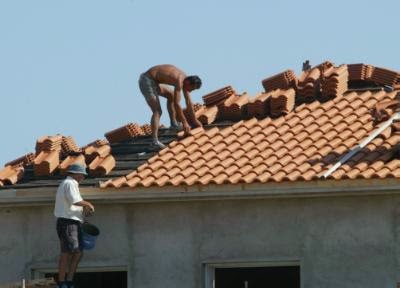 Greek Cypriot and Turkish Cypriot contractors join forces to participate in the reconstruction of the island in the event of a settlement to the problem of Cyprus, divided since the 1974 Turkish invasion.

Addressing an annual general meeting of the Cyprus Federation of Associations of Building Contractors, Marios Roushias, the Federation Chairman, said Greek Cypriot and Turkish Cypriot contractors have signed a memorandum of understanding stipulating that both federations will work together for resolving the issues concerning constructions and to promote cooperation so that the economic activity emanating from the reconstruction will benefit Greek Cypriots and Turkish Cypriots alike.

The memorandum comes in the midst of a renewed UN-led effort for the solution of the Cyprus problem.

“We demand that we, the Cypriots ourselves,rebuild Cyprus and not foreigners on our behalf,” Roushias said.